What a hectic last month after the quietness of this super hot summer, where the fishery was empty due to the never ending intense heat -whilst most struggled we fished all summer ,if approached right fish were there to catch but only early or late plus certain methods and depths crucial for success-do wrong at the wrong time you blank! But fortunately virtually all the fish made it through the stressful time with some feeding very nicely, as testified by their fat bellies when started to get caught on buzzers in early September, best seen was a plump 6lb 10oz rainbow that for sure had gained a lot of weight. But in the last few days i have seen a couple of double figure browns stirring from the depths and getting active again- nice to witness!

A few weeks ago George Clarkes Amazing Spaces film crews were here for an unveiling of 2 projects -classic cars turned into super funky caravan /motor home converts with one being a Morris Minor with a 1950s caravan mated to the back , other one an old Saab 2 stroke engine rally car with another Saab estate of same era minus the engine area cut off and turned into a 1950s looking diner /sleeping room and pull out kitchen -truly amazing!  More Saab owners club cars came down from Derbyshire to join in the shoot  airing early next year so watch out for the lakes on his programme. 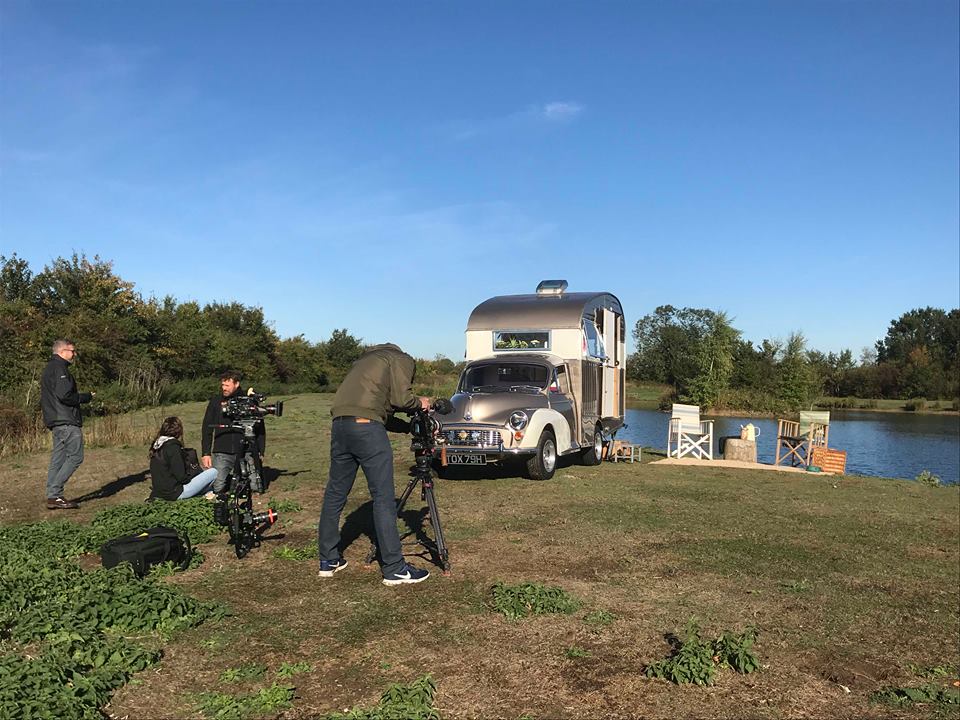 Next day straight into fitting the new flushing all persons toilet block with hot water for all to use , sinking the sewage treatment out of sight , this job took the fitters 4 days and i was surprised how quickly it took the experts to do the major excavations, etc. -job done and happy to have proper services at last!  Huge thanks to the Angling Trust for this grant enabling this to happen.

As big machinery was here for the sewage treatment plant fitting team to use we had the use of it for the weekend , with an expert driver we approached the leak in the Stalking Pools first as the following week i was expecting a drop of the much awaited Sparctic Trout from Torres in Somerset. 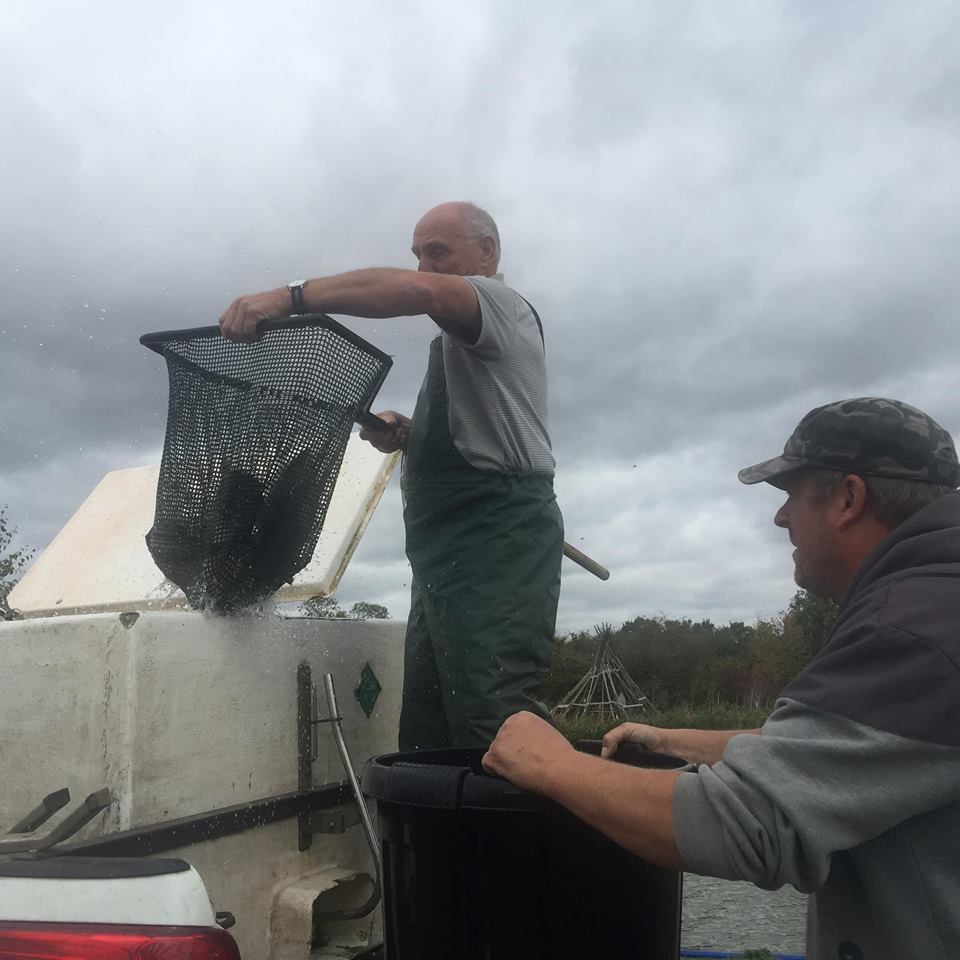 Leak detected and plugged we move on to enlarging and deepening the stock pond for growing on monster 20lb + browns for the future!! A few new swims created on Three Springs lake with some dredging/ditch widening on Havering Trenches .

The pumps were running 24 hours a day to fill the Stalking Pools. Now full to the brim in preparation of the new arrivals , in the same drop  another species of Blue Trout – Somerset Blues ,totally different to the Blue trout i have already stocked here which are more Salmon based than these, plus some Goldens and of course some more Browns in a range of sizes! The month before there was a good drop of 3lb Rainbows for Havering Trenches and we await the 22lbs + Browns in the next stocking. 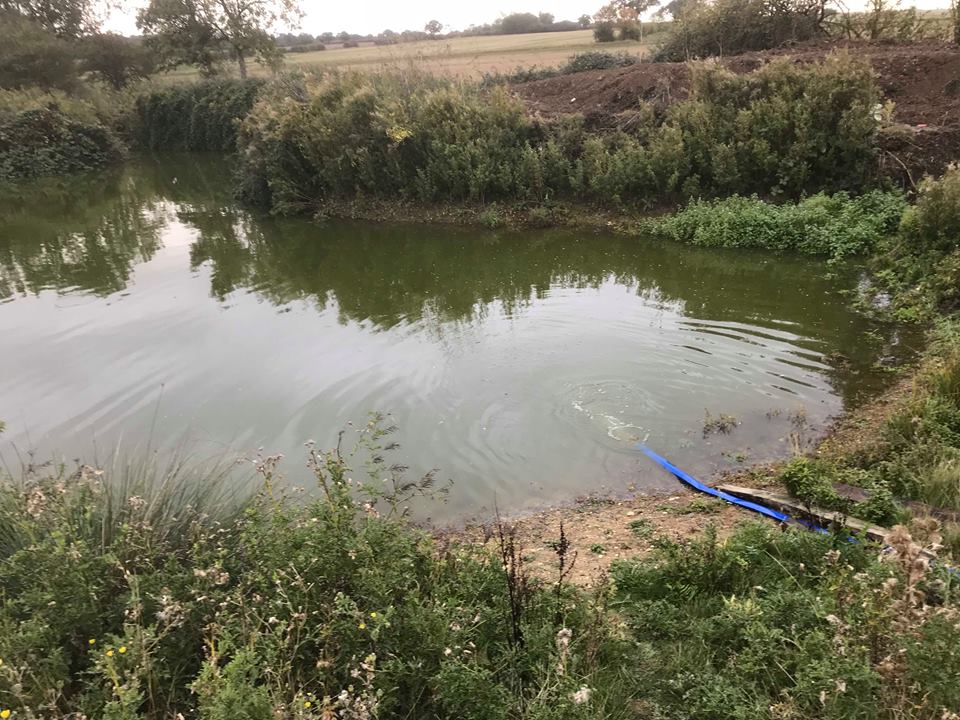 Fishing has been amazing  lately, new and older resident fish featuring in the catch book, Darren Blayney landing 26 fish yesterday, Half a day sport resulted in 15 fish for Will  today in the rain including a nice wee brown and the first Sparctic  was caught by season ticket John Burridge.  These have settled in nicely now, feeding deep down is the method to catch them. A good weekend just gone in bight sunlight saw all catching fish with top rod Richard form Verulam Angling Club record 17 fish to the net with every species caught.  Next to do is finish is the kitchen and then Renalyn and her Kusina will be here serving Filipino and English hot food !! 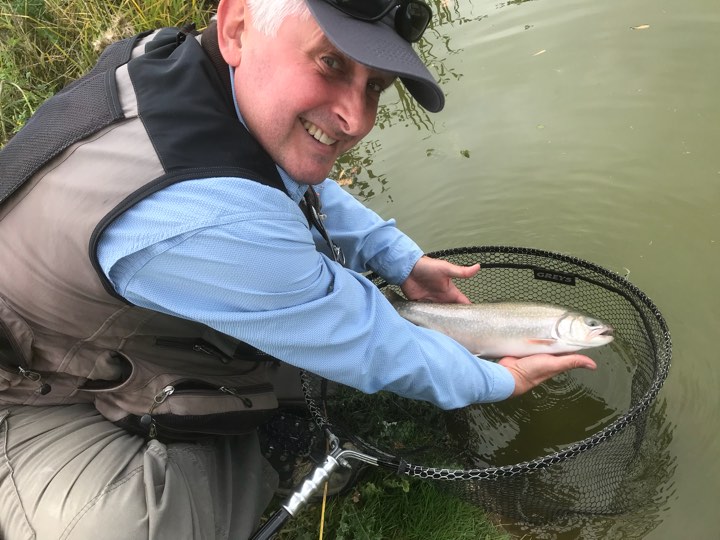 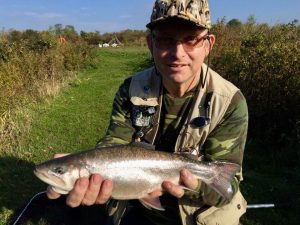 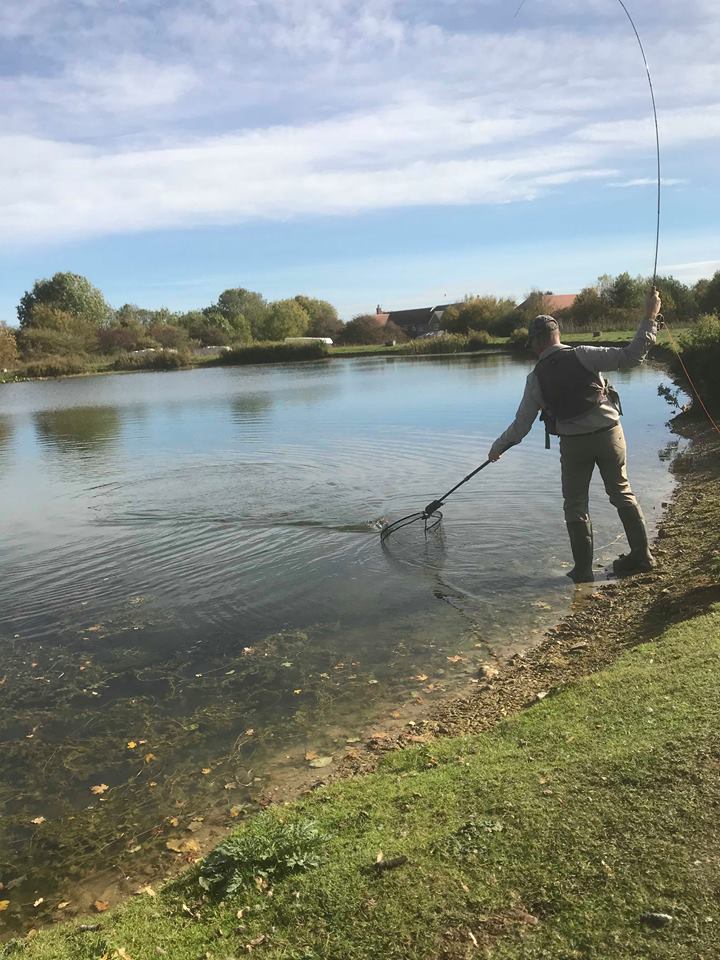